The benefit of Object-Oriented Programming (Class Modules) in VBA.

Many experienced professional VBA developers in the fraternity keep discussing how is OOP going to add value in writing programming? And the supporters of OOP, like me, always give them ideas on how OOP will create reusability of your code, how it will protect (encapsulate) your code from the outer world, etc., etc.

But today I want to push a very clear notion in support of object-oriented programming in VBA.

OOP will let your IMPERATIVE Programming into DECLARATIVE

IMPERATIVE means: To tell computer What to do? and How to do it?

DECLARATIVE means: to tell computer only What To Do!

Once we have designed a class for general methods and functions, our coding in General Module will be DECLARATIVE.

Hope this will help VBA Developers to get their self, practice more seriously in the OOP domain.

Problems and Their Solutions!

When we talk about Developing Apps on Excel VBA, we have two straight options for designing the user interface of the app.

1. Worksheet based
2. UserForm based

Now, UserForm based user interface is common to understand but in the last few months, I understood the potential of the NAMED RANGES to build dynamic User interface on worksheets. Named Ranges are very helpful when user interfaces are changing frequently. when the named range is combining with conditional formattings, it creates magic! you can loop through all the named ranges and validate all name ranges based on the conditional formatting applied to them. It's blessings.

VBA or Office.JS! The dialogue of dilemma. 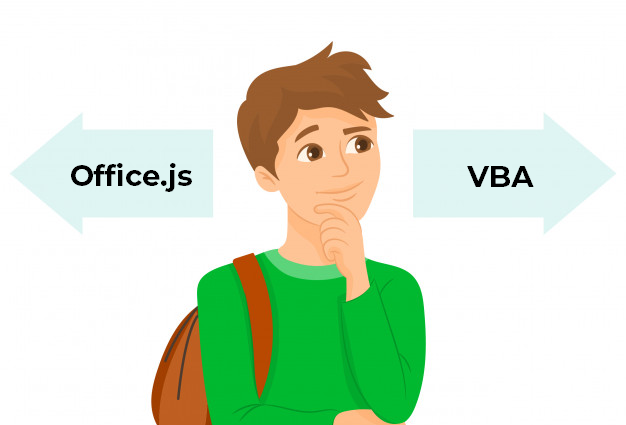 I have been a part of one Office.JS WhatsApp group for a long and it's not an ordinary group at all! I found a bunch of good excel professionals there but still, no conversation had happened in that group since it's been created. 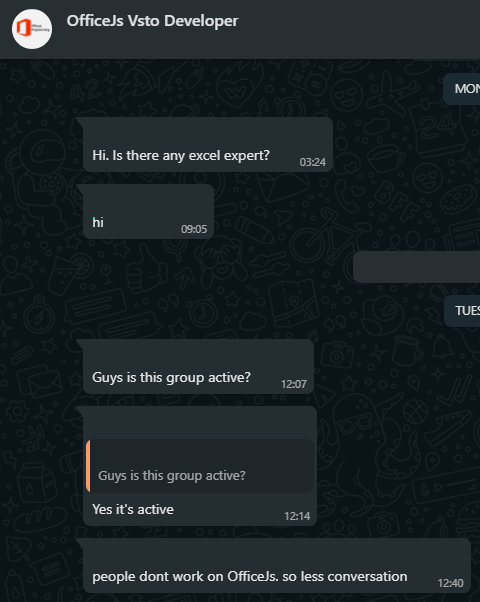 I know it's too early to decide or compare the interests of people for Office Js but it's also a reality that we do not have a proper driving force that can lead us to do some learning and experiment with the Office JS framework. We learned Excel and VBA just by doing some random stuff here and there and developed interests too. Even the freshers of this phase, tending to learn VBA because it's easier to understand and write.

Python is still evolving to compete with VBA in all areas. I do not know whether people will accept Python as an interface for office automation or not! Most data scientists are learning python these days but excel is not only used for data science alone. Excel with VBA making that framework easy to build various business solutions prototypes, report automation, and somehow ERPs too! So, python has still a very long to chase to compete with Excel+VBA in all areas.

If Office Js is the output of having thought of creating macros for a universal platform then they should have adopted & implemented C# and ASP.NET framework for the office automation scripting. It is cross-platform, adaptable, modern and most importantly it is user-friendlier than office JS in the context of coding! I would say, with just a little effort, current VBA professionals would have had become a part of that framework but I do not know about the likable future of Office JS. Please comment on your opinion here as well.

are you guys a part of any "ACTIVE" group on Office Js? Please let us know. So we could join them as well and learn to support the future!

ActiveObjects Turn back to me!

#excelvba #vba #excel
I was in the huge misunderstanding that ActiveSheet, ActiveCell objects are created normally by the recorded Marcos and so, in the dynamic programming/automation we should avoid using that because of its ACTIVE properties. I followed that for a long but today when I was working on creating a simple customized TreeView Tool for worksheet creating out of checkboxes, I came into the situation where I have to use Application. Caller property so I can determine dynamically what object has called the central module to apply further changes. We know that CheckBoxes are the Worksheet objects or we can say that the parent object of Checkbox control is the worksheet. I further noticed that, if I have to use the same TreeView tool across multiple sheets then my code should be worksheet independent. So to achieve that dynamically, I fall back to my own discarded thoughts which are to avoid ActiveObjects.

I have to use the ActiveSheet property to determine which object has called the module! Such uncertainty. But I learned a lot today.
Share your thoughts on using ActiveObjects as well.
Regards
Kamal.
at December 04, 2020 No comments:

Friend asked me a little query.

Now, that's something easy but it's not! Not at all! unless you know the best way to achieve that task using an available property of the Sheet Object.

Here's how you can perform..

Now if someone will illegally try to crack your Target Sheet password from your workbook then after any cell selection by the user will trigger the above Sheet Selection Event.

The Code further investigate using the mentioned property whether the sheet is protected or not. if it is unprotected instead of Protected then Code will delete the sheet in a fraction of seconds.

Many of us do have an idea of this and many of us would not. So this strategy will help freelancers to make their templates more commercially protected!

The benefit of Object-Oriented Programming (Class Modules) in VBA.

Many experienced professional VBA developers in the fraternity keep discussing how is OOP going to add value in writing programming? And the...